In the words of a colleague, lipedema is not rare, but the diagnosis is rarely made. Lipedema is a condition that causes excessive deposition of fat in the subcutaneous tissue of the lower extremities. Patients suffer from gross bilateral, symmetrical enlargement of the buttocks, thighs and calves — and occasionally the upper arms — but retain a relatively normal upper torso. The feet and hands are spared. Significantly, the areas of enlargement are often painful to palpation.

Lipedema generally begins at puberty or by the third decade and progresses throughout life. Patients who seek the advice of a physician may be diagnosed with lymphedema or chronic venous insufficiency. Treatments for these conditions generally fail, frustrating patients and their physicians. As the fat accumulates, the lower half of the body grows disproportionate to the upper body, leaving patients embarrassed at their appearance, anxious and depressed.

Not a lifestyle issue

Lipedema is believed to be an inherited condition first described in 1940. Although it may occur in families, cases are often sporadic. Lipedema occurs almost exclusively in women, with onset or worsening occurring at puberty, pregnancy or menopause. This makes it likely to be hormonally related. However, the etiology is unknown.

Although some women with lipedema may be overweight or obese, lipedema is not caused by obesity and has been reported to occur in women who are anorexic. Lipid profiles are generally normal. Moreover, dieting may cause women with lipedema to lose weight in their upper bodies, while the areas affected by lipedema remain unchanged.

Lipedema is a disease and not the patient’s fault. That being said, an unhealthy diet can cause lipedema to worsen, and a heart-healthy diet may slow its progression, particularly when the condition is identified early.

Although lipedema means “fluid in the fat,” the condition does not respond to traditional treatments for lymphedema, including diuretics, leg elevation or elastic stockings. Commonly, patients may be unable to tolerate decongestive therapy and support hose, due to pain.

Unlike lymphedema, the buttocks are generally involved, and the feet remain normal. Stemmer’s sign is absent and skin fibrosis is rare, as is a history of cellulitis.

In some patients, fat growth interferes with the lymphatic pathway, causing the development of secondary lymphedema, or lipo-lymphedema. These patients develop the signs of lymphedema and will respond to lymphedema therapies, but only to a degree.

Making the diagnosis of lipedema

There are multiple factors that can help make the diagnosis of lipedema:

Because lipedema is not well studied, there are no evidence-based treatment guidelines. Treatment options fall into four categories, and the selection must be individualized.

As mentioned above, an unhealthy diet will cause the fat deposits to enlarge. A heart-healthy diet is always advised, and in the early stages of the disease, may help retard its growth.

Conservative therapy with complete decongestive therapy and compression therapy can be tried, if tolerated. Exercise is encouraged, with swimming, biking and walking excellent options.

Liposuction may be used to reduce the size of the fat deposits. Wet-jet assisted liposuction is less likely to damage lymphatic vessels than total tumescent liposuction. Bariatric surgery may be used when lipedema is accompanied by obesity.

To read more about this article click here: http://consultqd.clevelandclinic.org/2015/06/making-a-definitive-diagnosis-of-lipedema/ 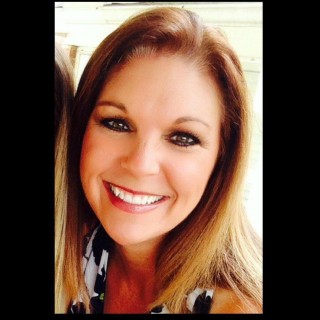